Create an Account - Increase your productivity, customize your experience, and engage in information you care about.

THE PORT OF EVERYTHING

The Port of Galveston is the Port of Everything with cruise, cargo and commercial business development opportunities.

Perfectly situated at the entrance to Galveston Bay and the Houston Ship Channel, Galveston Wharves has been a thriving maritime commercial center since 1825. Just 45 minutes from open seas, the 840-acre port has infrastructure and assets to serve growing cruise, cargo and commercial businesses.

As the fourth most popular U.S. cruise port and only homeport in Texas, the Port of Galveston welcomed more than 1 million cruise passengers in 2019. Statewide, the cruise industry generated $1.6 billion in expenditures and 27,000 jobs in 2019.

In addition, the Port of Galveston is one of the busiest cargo ports in Texas, typically moving more than 4 million tons of cargo a year, including roll-on/roll-off, dry bulk, export grain, refrigerated fruit, liquid bulk, general and project cargoes. 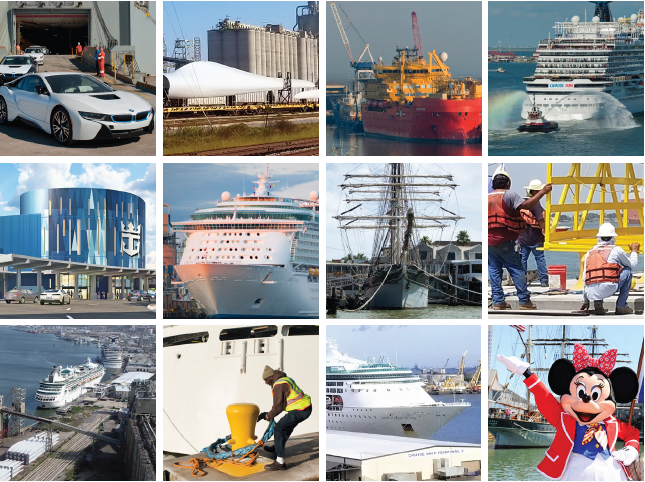